Lorient La Base, a story written in the future

Lorient La Base: a place steeped in history, which for over 70 years has been undergoing an incredible transformation, becoming a mecca for maritime tourism.

On the road to the beaches, you can’t miss the imposing Lorient submarine base, also called Keroman base, built by the Germans between 1941 and 1944 during the Occupation. An essential part of our heritage, the base has created a new history for itself over time.

In the late 1990s, there was the first hint of the Sailing Valley to come: skippers such as Alain Gautier and Franck Cammas settled here, the bunkers became boathouses, and the Ocean Racing Centre grew up around the Éric Tabarly Sailing museum, which opened its doors in 2008.

Lorient La Base in vidéo 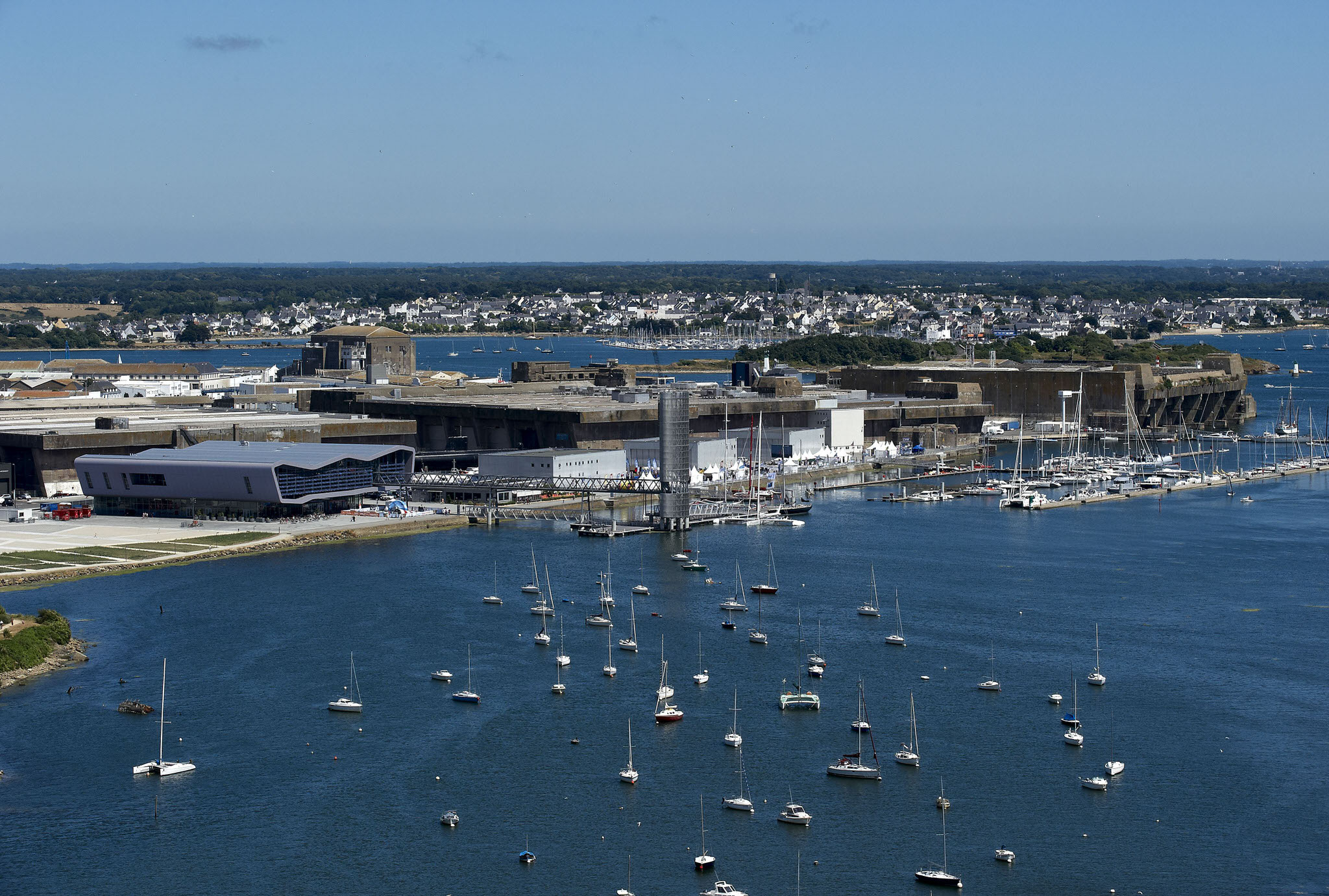 Since 2008, Lorient La Base has been the home port for Eric Tabarly’s boats, the Pen Duicks.

Explore the former submarine base in Lorient

Today we simply call it Lorient La Base. It’s a major tourist attraction, hosting major nautical events for over 200,000 visitors a year.

Come here just to stroll along the docks and admire the impressive racing multihulls. Or to dive into the Éric Tabarly Sailing museum, Europe’s only attraction specifically devoted to ocean racing: a fun and dynamic museum area for all with interactive exhibitions, a sailing simulator, 4D cinema… to discover sailing in the wake of legendary sailor, Éric Tabarly.

In the summertime, you can also try your hand at sailing! On the dock, stop and admire the Pen Duicks when they stop over: Lorient is home to four of Tabarly’s famous boats, including the first where the young Eric hoisted his first sails on at the age of seven.

History is all around here, and especially inside the bunkers. With capacity for about thirty submarines, the submarine base in Lorient was the largest along the Atlantic Wall. To find out more, take an exciting tour of the site with a guide from the Heritage Department of the city of Lorient. Visit the wrecks in Lorient harbour with the submariners’ museum, and learn about the amazing deep-sea rescue techniques. Discover also the incredible interior of the submarine Le Flore and its museum devoted to the Second World War. The Keroman base is well deserving of its label as a 20th-century heritage site !

A thousand and one lives at Lorient La Base

10,000 portraits of anonymous people make up each of the monumental photographic frescoes that adorn a bunker at the former submarine base.

Since 2015, Eric Tabarly has not been the only one welcoming visitors. He is now accompanied by another giant of the seas: Franck Cammas. A new face, a new area, new skippers, new content for the Sailing Museum… The old submarine base has already known a thousand lives. Now it’s starting a new one!

And to enjoy the place even more...

The new contemporary music venue opened its doors in Lorient La Base in March 2019 in blockhouse K2. Concerts are held here all year round, now including the Festival des Indisciplinées in November every year. The association MAPL (Musiques d’Aujourd’hui au Pays de Lorient) manages the  Hydrophone venue and has its offices there. www.hydrophone.fr

Take a stroll down the pontoons and admire the giants of the seas. Enjoy a crêpe or a cocktail comfortably ensconced in the orange and fuchsia deckchairs at La Base. Sit back and enjoy the view.

The little ones can let off steam on the games. Grab something nice in the shop Groix & Nature: fish rillettes, lobster oil, dried seaweed in stock… Discover  727 Sailbags and buy yourself a bag made from a piece of sail that has crossed the oceans or raced with the greatest.

Get a thrill by climbing up to the top of the Tour des vents, 38 metres high, from where you will have a spectacular panoramic view over the whole bay. You come back down on a zip-wire above the water, at 60 kph! Quite a sensation!